For over 20 years, attorneys at Worwag & Malysz have been providing their Clients with expertise in Bankruptcy (Chapter 7, Chapter 13), Divorce, Family Law, and Immigration cases.

Our firm is dedicated to helping individuals eliminate debt and gain a financial fresh start through the bankruptcy process. We can also help when life takes a turn in the wrong direction and you are planning to end your marriage through divorce or need to resolve legal issues related to children - the attorneys at Worwag & Malysz Law can provide you with the guidance and advocacy you need. 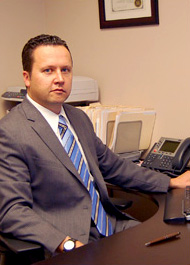 In 1998, once licensed to practice law he started working for the Legal Helpers the nation’s largest bankruptcy firm. At Legal Helpers, over 3 years, he worked on over 2000 bankruptcy cases.

In 2004, Michael went out on his own and has been primarily practicing bankruptcy law ever since. He is licensed to practice law in the State of Illinois and in the United States District Courts for the Northern District of Illinois.

Joanna Malysz is also licensed to practice law in the State of Illinois and in the United States District Courts for the Northern District of Illinois.

Get a free consultation

Stay in the loop!

Sign up for our periodical newsletter and stay informed!

Call Us (North) Call Us (South) Email Us